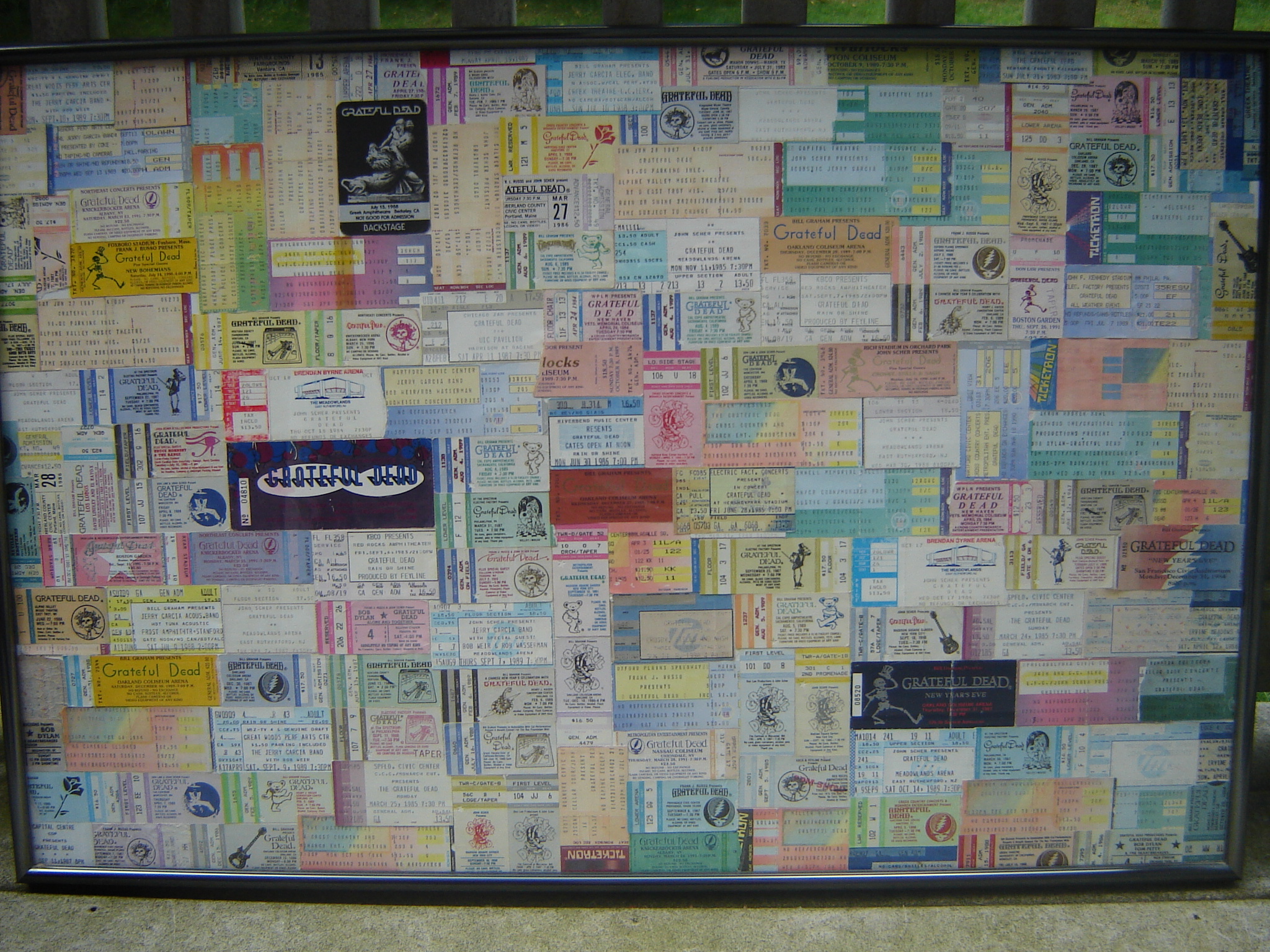 Comments:Another huge thanks out to Mr. Currier for

recording and sharing his source for this show!Some

The lot scene was hot and sticky, but friendly faces abounded everywhere. I first got into the Dead at 14 in 1985 and only had a couple of buddies who went to shows. By this summer everyone, hoards of high school and college friends, were heavily into the Dead. I was ahead of my time :). Conversations of summer fun and friendships were flowing as much as the beer we were drinking.

"Let The Good Times Roll" was such a symbolic and apropos opener. Nothing but good times that day and this show. The funkiness of Stranger to be picked up by a jamming Bertha. All the while rain clouds were building and things were looking ominous and downright scary.

"Ran into a rainstorm"!! The great thing about outdoor shows is that sometimes you can be overcome by the shear power of nature and this crazy planet we live on. This was one of those shows where the weather was just as much a factor as the music.

When the storm hit it was torrential but cleansing at the same time. The heat, sweat and grime from the days activities were washed away and going into the second set you could feel almost a re-birth. I don't know if they planned on playing "Box of Rain" to open the second set, but my God it was so perfect. I don't know if it is the best version they ever played, but for me it was the most cosmically perfect version, done at the right place at the right time. Added to that it is just an amazing beautiful song, and hearing Phil was still somewhat rare at the time. Needless to say the crowd was bonkers.

"Victim" settled things down and the show could have gone another direction after that but then they go to "Foolish Heart" which is in my opinion the last great Dead song in their cannon. It didn't disappoint, but the transition into "Dark Star" was just mind blowing! The air had cooled, the mindset of 60K people had kicked in and when the first notes trickled into our consciousness it was sublime. Things took off mightily from that point all through to "All Along the Watch Tower".

The remainder of the show was a variable who's-who of greatest songs of all time. Watchtower, Dear Mr. Fantasy> HEY JUDE!! Touch of Grey was great and then to encore with The Weight, it was a freaking sing-a-long like no show I have heard since Richmond 1985 (the "Gloria" show, fucking Bobby and the crowd killed that one).

I have no clue how we made it back to my buddies home, but we did and ended up enjoying the cool night laying on a field talking in circles until daylight on an amazing trip. This show, the music, the climate, the weather, the people, was the closest I've come to God at a show.